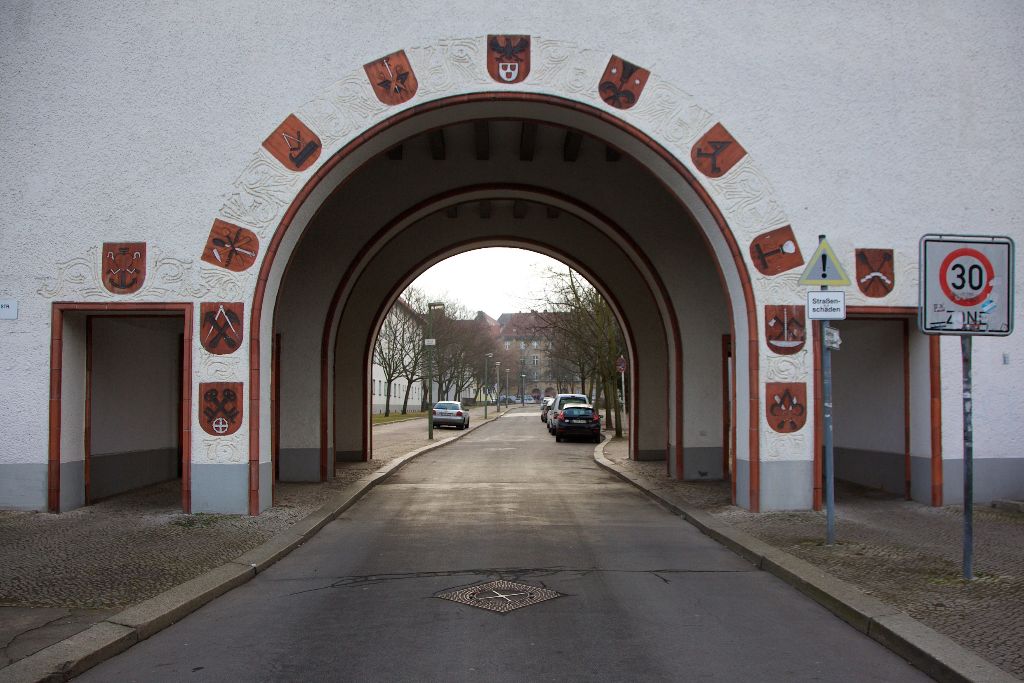 Many Berliners know of the outsized Ernst Thälmann sculpture on Greifswalder Straße, which lies alongside the park constructed in the former Communist Party leader’s name during the fading years of the GDR (1986 to be exact).

But not so many realise that right opposite is a housing estate that’s connected not to the GDR, but to the National Socialists. Named “Green City”, the estate was one of several estates built throughout Berlin by the Nazis during the 30s, intended to move away from the modernist housing experiments of the Weimar era (such as the Carl Legien Estate slightly further north, constructed by Bruno Taut) and create a new national architectural style.

Heralded by a somewhat OTT archway decorated with a range of communist symbols (including the compass and hammer of the GDR national emblem), which were added after the end of the war and during the East German reconstruction of the estate, the houses here have a completely different structure to Prenzlauer Berg’s ubiquitous 5-storey Mietskaserne as well as the GDRs blocky Plattenbauten. Most are 3-storey terraces, with red pointed roofs, separated with generous garden areas.

The quiet streets that run between the estate are dedicated to anti-fascist resistance figures (and Communist Party members) such as Eugen Schönhaar, John Schehr, Heinz Kapelle, Rudolf Schwarz and Bernhard Lichtenberg, the latter a German Roman Catholic Priest murdered while in custody.