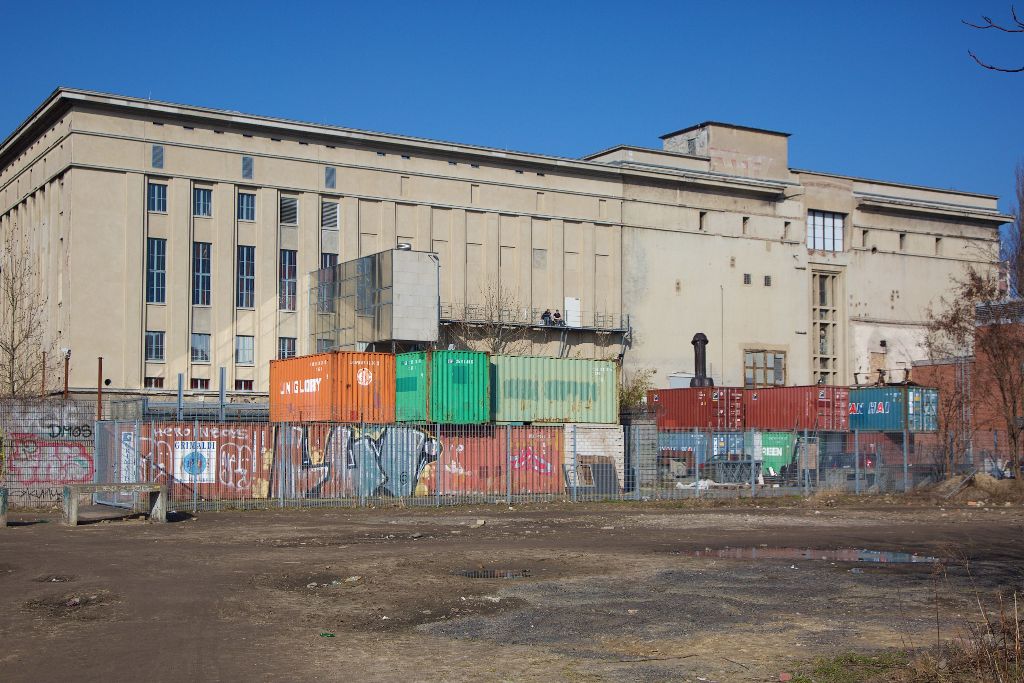 I had to do a double-take today while walking through the wastelands around Berghain. I’ve always been attracted to this particular building (inside and out), and have been around it during the day before – not least because they have a great beer garden out back.

But I’ve never seen the large black penis sculpture sitting on top of the metal containers before. Perhaps it’s new, or maybe I just haven’t been there for a long time. Either way, it’s very Berghain, and the guys sitting out on the balcony enjoying the winter sun seemed to be taking its presence in their stride.

I really enjoyed exploring the surrounding terrain, which is ostensibly still a wasteland. That said, there have been attempts at basic cultivation, mostly little stone and wooden structures – presumably compiled by the guys who run the strange little atelier nearby – that actually run all the way along area’s disused rail-tracks right up to the Warschauerbrücke.

Update: there is now a little clubspace in the atelier area, which is open in the summer and has a vegan kebab stall and an open fire. It’s called Nirgendwo (“nowhere”) and you can find it here.

While pootling around Hohenschönhausen on 24th December – i.e.…

Today I walked the U5 line out to…