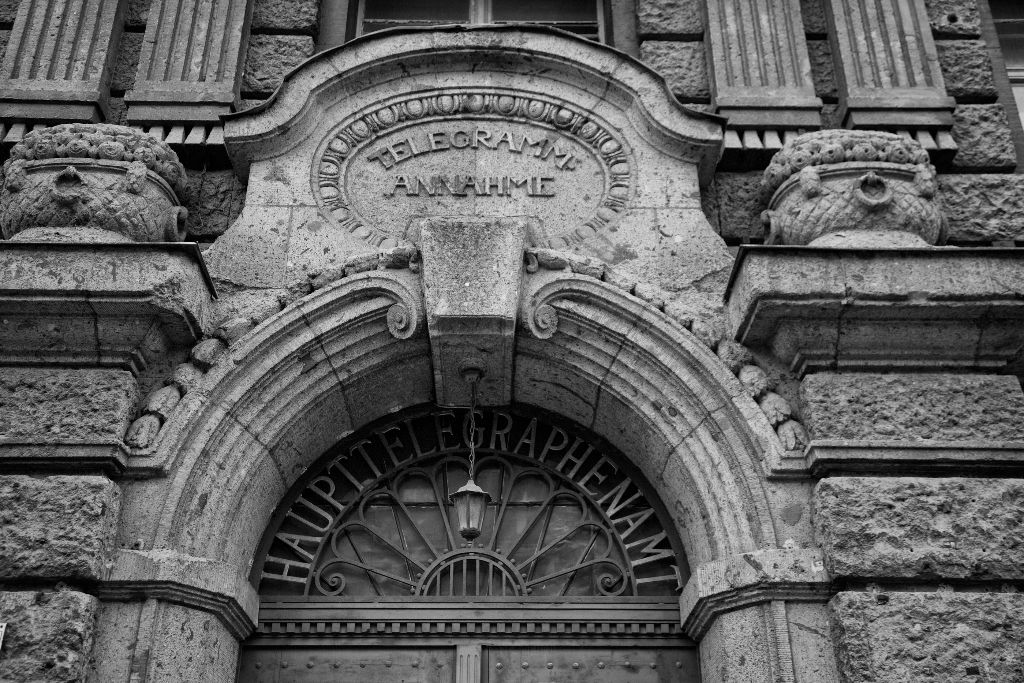 Take a closer look at its once-grand facade or walk around it (it spans an entire block) and you’ll quickly see what a vast neo-baroque beauty it once was. Constructed, much like the nearby glamorous department store that was destined to become Tacheles, at the turn of the century (between 1910-1916) it cost some 3.1 million Marks, making it the most expensive postal building in Germany at the time.

The original design contained large halls, striking stairways and several distinctive wings that served not only as the headquarters for Berlin’s telegraph facilities, but were also used for radio traffic as well and – in the basement and ground floor – the city’s prestigious pneumatic post service (Rohrpost).

At its peak during World War Two (it was expanded by the Nazis), the Rohrpost serviced almost 100 different stations and covered around 400km of space below the ground. It could deliver up to eight million dispatches annually and sometimes operated right around the clock; only the system in Paris was bigger.

Although the building and associated systems were closed down before the Wall fell, parts of the pneumatic system are still installed in the basement and others have been moved to the Museum of Communication. Slated for transformation as part of the “Forum Museum Island” project, it won’t be long before this impressive slice of social and architectural history will house an inevitable conglomeration of hotel, restaurants, shops and offices.

The downstairs area of one of my favourite…

Despite my best intentions, all of my walking…

Today I walked the U5 line out to…