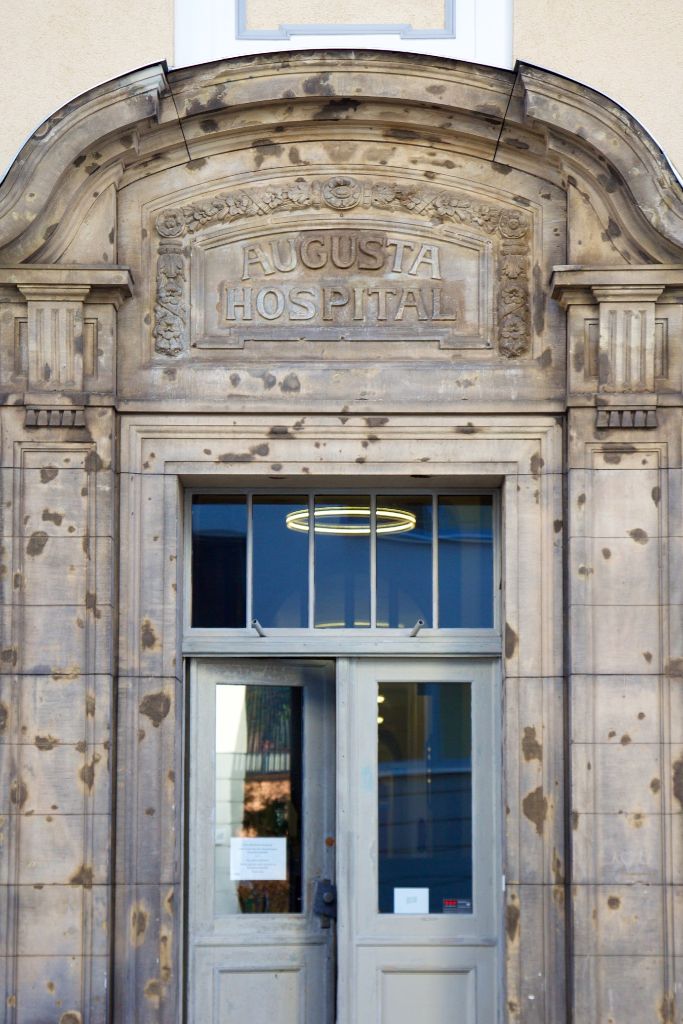 A Door & A Cemetery

Almost walked past Mitte’s restored Kaiserin-Augusta-Hospital the other day – but luckily this side door caught my eye, and I crossed the street to investigate.

While there isn’t much left of the original 1868 building, named after Empress (Queen) Augusta and once the workplace of such pioneering neurosurgeons as Fedor Krause, the elaborate, time-stained door is well worth taking a few moments out to admire. Well, for those who enjoy such things anyway…

Right across the street is the Invalid’s Cemetery, the oldest in the city dating back to 1748. Best known for the graves of Napoleonic War heroes like Gerhard von Scharnhorst – whose dramatic, lion-topped tombstone was designed by none other than Berlin’s most famous architect, Karl Friedrich Schinkel – it was also used by the Nazis, who buried Reinhard Heydrich here.

Fragments of the Berlin Wall, which also ran through here, are still scattered around – as are various memorials and information boards connected to the Berlin Wall Trail (Mauerweg), which you can read more about in our recently published book.

In one of those marvellous moments of serendipity, I…

Today’s walk took me through parts of Moabit and…