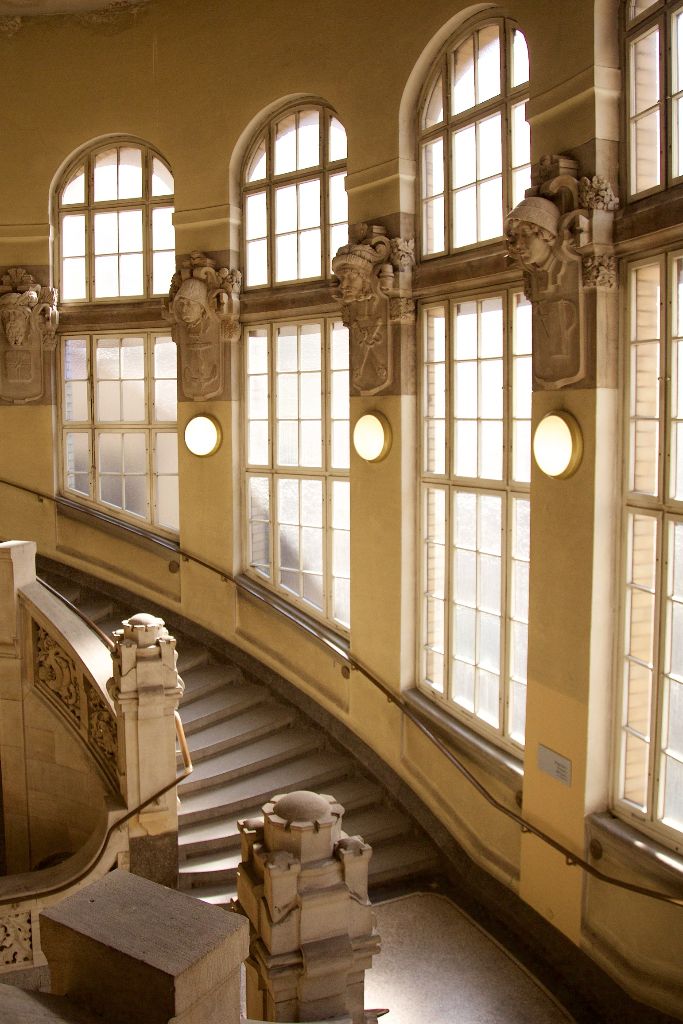 oday’s walk took me through parts of Moabit and Charlottenburg I had never been to, including the former village of Alt Lietzow, which predates Charlottenburg by several centuries.

Consisting now of a handful of streets and an oval-shaped park (the former village green), it’s surrounded by an interesting medley of buildings, including a triangular church that sits on the remains of one built by Schinkel, a yellow-brick building that was once the area’s fire station and a Standesamt set in the kind of grand 19th century villa that was once common in the (well-to-do) area.

Looming over everything was the magnificent Charlottenburg City Hall. I had never been inside so I took the opportunity to explore, first venturing through the various courtyards to admire the handsome restored facades, then along the long, light-filled corridors inside. The old doors and neo-gothic and art deco detailing on the stairwells was a wonderful time-warp experience.

The Alter Schlachthof is a remnant of the…