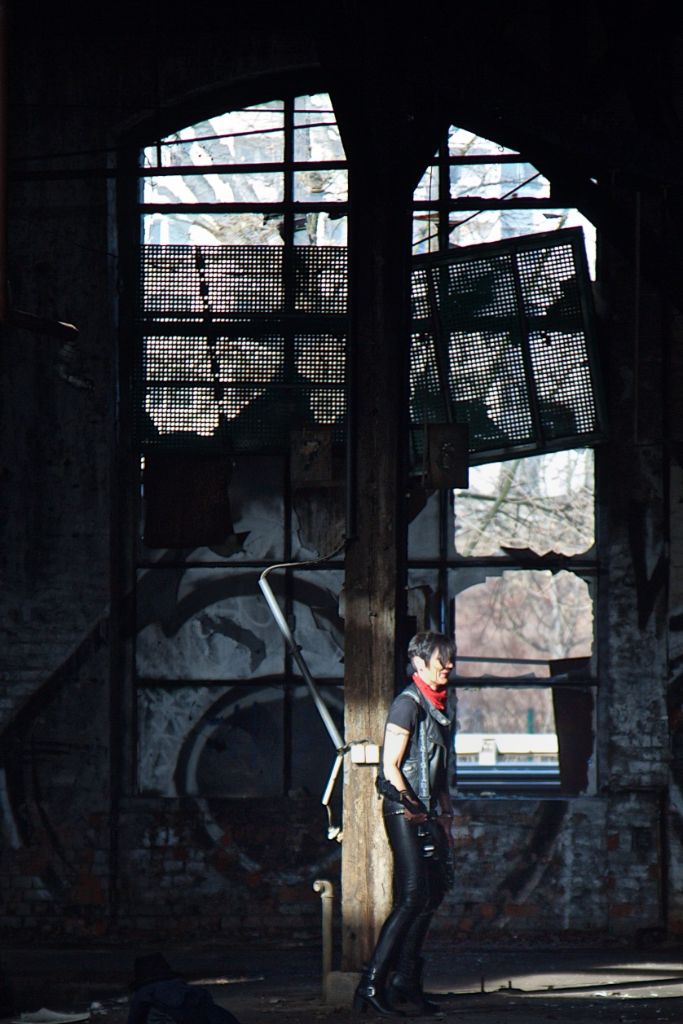 Today I wasn’t sure where to go, so I hopped on the S-Bahn to get slightly farther out.

I ended up alighting at S-Bahn Heinersdorf and bumping straight into an abandoned rail yard area (Güterbahnhof Pankow) – one I have actually visited before but had pretty much forgotten about.

Since it had been a couple of years before I poked around, I decided to have another look. I started with the main building, an expansive rotunda where locomotive engines with no reverse mechanics could turn around. According to the ever-informative Abandoned Berlin website, it’s a listed building – although the decrepit state it’s in suggests no amount of TLC is going to stop it completely collapsing at some point.

It was good to experience the inevitable frisson of excitement that comes with illicit trespass, but the biggest surprise came while exploring one of the other buildings.

I had already spotted an empty parked car in the complex, and thought it might be some kind of worker vehicle, or perhaps even security. But as I crept closer to one of the buildings, I could hear music – rock music.

I popped my head cautiously inside and lo and behold: a lady in leather trousers ripping out rock riffs on an electric guitar. Well, it’s Berlin, right? I snapped a quick pic – and then saw that someone was filming her performance from behind a nearby pillar.

I left them alone with their music shoot and continued picking through the heavily-graffitied debris of the other buildings, which are apparently scheduled to be levelled and turned into a shopping complex in the not-too-distant future.

(Apologies for the poor quality of the’ concert performance’ photo – the high-contrast lighting in there was awful. I have included a slightly better-exposed image of the main building as some kind of compensation).

Yesterday I walked from Prenzlauer Berg, through the…

After a thorough exploration of Karl Marx Allee…