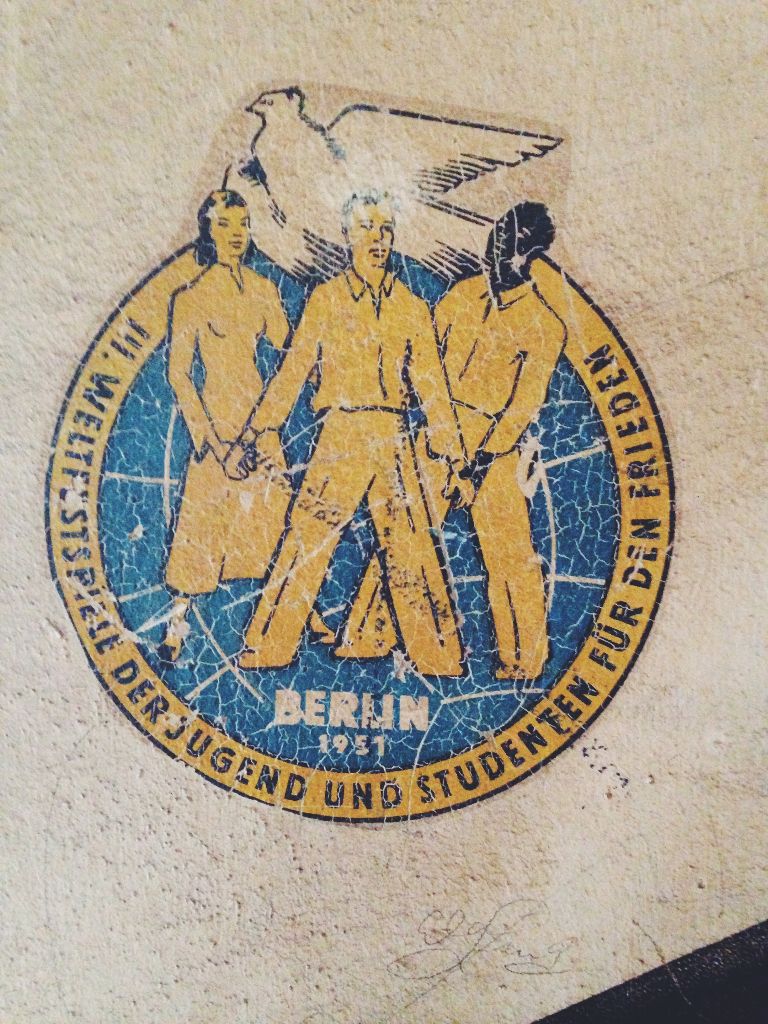 An interesting encounter yesterday. I walked through the (open) door of a Prenzlauer Berg altbau to better admire the un-refurbished hallway I had glimpsed on the way past.

I’m always amazed at the craftsmanship displayed in these buildings, especially considering they were pretty much throwing them up as quickly as possible to cater for the huge influx of workers during the mid-late 19th century.

While inspecting the beautiful cracked paintwork and original century stucco and floor tiles (still in excellent condition), an elderly man walked down the stairs and stood next to me. He was smiling slightly; I could tell he understood what I was doing.

“Yes, and so rare to find nowadays…”

“Want to see something even better?”

He shuffled towards the small lift and we huddled in together.

“Oh, since just after the Wende…here we are.”

We got out at the 4th floor and I saw some decorators working away. They had evidently been stripping the wallpaper. Klaus pointed to one of the walls, on which was a faded mural: a circle meant to represent the globe, in front of which stood three young people (a female and two males, one of whom had a black face), all holding hands in Soviet Realist style.

Around the circle it said “3. Weltfestspiele der Jugend und Studenten, 1951“- the 3rd World Festival of Youth and Students, a major event organised by the World Federation of Democratic Youth during a time of huge tension between the USSR and the West. You can find an overview of the event here.

I looked down the stairwell and there was a mural on each floor. Klaus was smiling; he knew what a find it was. How they came to be here, he didn’t know.

“Will they leave them here?” I asked. He shrugged again. Too long in the world to care either way. I thanked him for his time and openness, and continued my walk.

A 1929 edition of the Berliner Tagblatt with…

For all the talk of gentrification in the…