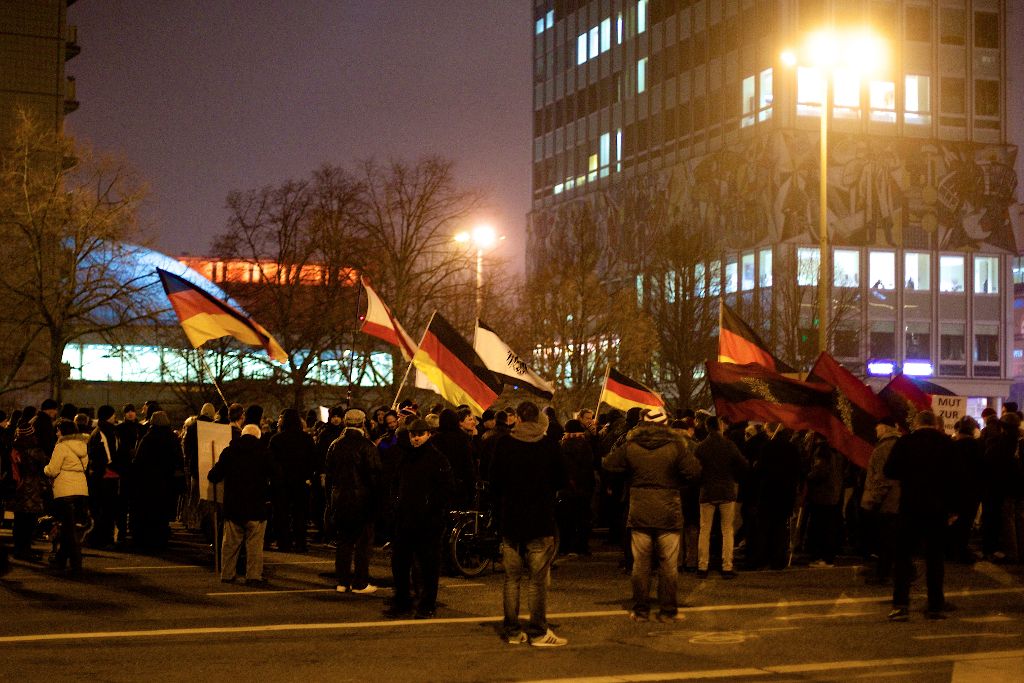 After a thorough exploration of Karl Marx Allee last week, a street I’ve walked up and down endless times over the years, I emerged at its western end, near Alexanderplatz, only to find myself in the middle of a Pegida rally.

There were more police and counter-demonstrators than Pegida supporters, to the point where it was difficult to hear the Pegida spokesperson through the chants of “racists!” and “no pergida!” being yelled over the official barriers.

Wanting to get a closer look at the type of folk these rallies draw, I got close into the huddle – which is a strange feeling since you immediately become aware that to others you may well then be assumed to be a Pegida supporter.

I hovered on the fringes, with the TV crews and photographers and studied the faces, or at least those that weren’t being covered by German flags and hands to block out the photographers. Why were they afraid of being photographed or filmed, I wondered?

It was interesting to see the crowd though; much more diverse than I imagined, a broad mix of young, middle-aged and older types. As I stood and listened, I got an eerie insight into how similar speeches and gatherings must have been back in the 30s, when another group decided to lay society’s problems at the feet of a specific religious community.