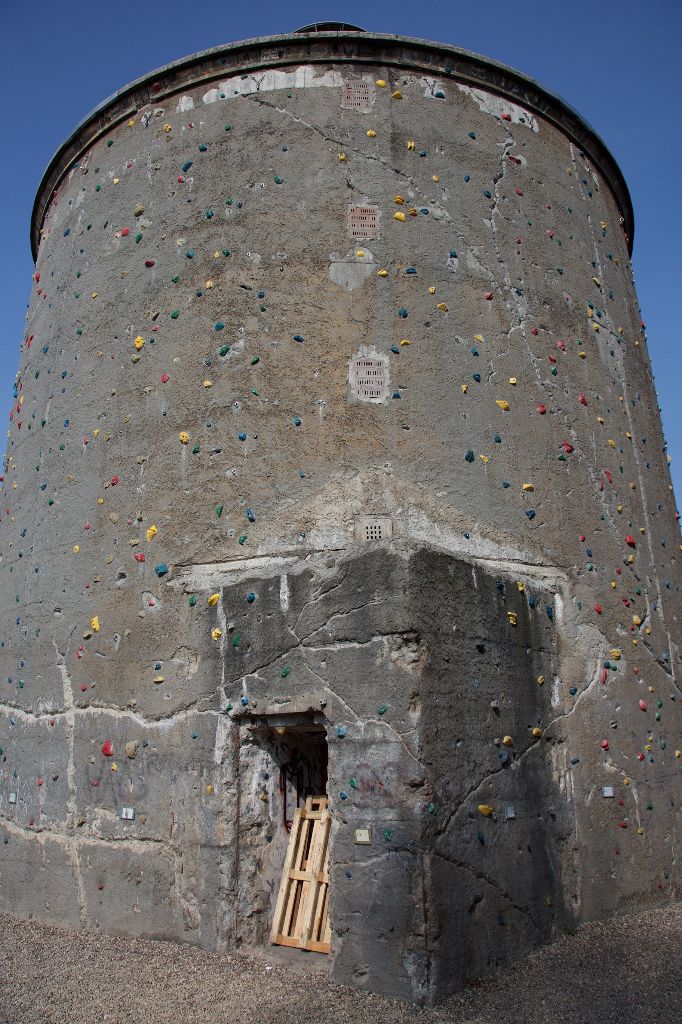 erlin’s Raw-Gelände, a sprawling complex of dilapidated, heavily-graffitied warehouse-sized buildings that were once the Reichsbahnausbesserungswerk (German Imperial Railway Repair Factory), is well known for hosting an array of entertainments and activities, from nightclubs and street-food fairs to skate-boarding and climbing areas.

What many visitors don’t realise is that the area is also home to a small World War II overground bunker. Hidden in plain sight, just beyond the entrance of the Cassiopeia nightclub, the strange concrete structure was designed by Paul Zombeck, a competitor of Leo Winkel, whose so-called Winkeltürme became popular throughout the Nazi regime as they were fast to build and cheaper than underground bunkers.

This one was apparently designed to hold around 400 people; which was roughly the amount of kids who seem to use it daily in its modern incarnation – a climbing wall known as Der Kegel.

In one of those marvellous moments of serendipity, I…